After a rather disappointing 2016 year in the mobile phone industry for Google, the company seems to be making the most of the new Google Pixel 2. We’ve already brought some news about the next Google phone; A few days ago we told you that new rumors confirm the 3 versions of Google Pixel 2. Well, according to sources close to the company, the Google Pixel 2 will hit the market by the end of this year 2017.

Little by little we know more details about the new terminal, although in strokes. The last leak has talked about the features and price of the Google Pixel 2.

Well, the three models of the next Google terminal will mount a Snapdragon 835, the latest developed by Qualcomm. Earlier, rumors were saying that it will be mounted with Snapdragon 845, but the release of this processor is delayed to 2018. For now, the names of the three models are not known, although the code names used by Google during its development are “Muskye” (Pixel 2017), “Walleye” (Pixel XL 2017) and “Taimen”.

It is worth remembering that a few months ago another leak spoke of the “Taimen” model and its great performance. In the multi-core Geekbench tests the phone scored 6248, thus outperforming the Samsung Galaxy S8. However, it still does not know what kind of device it will be. Some users talk that it will be bigger than the Pixel XL, for example a Nexus 6. Others say it will be a successor to the Pixel C tablet.

Google seems to bet on curved OLED screens on Google Pixel 2. In addition, it is said that the three models will have a very important hardware upgrade, with a large processing capacity and a greatly improved camera; possibly will arrive with double rear camera.

Rumor has it, the devices will be water resistant and will look totally different from their younger brother. Some reports also mention that Google could have given the final goodbye to the 3.5mm headphone jack.

There is no information on its official price, but given the specifications, we are inclined to think that they will start at 800 dollars.

The company is determined to launch this year in addition to several high-end terminals, also a more economic version that will logically have a more modest specifications, but always with the good reputation of the Pixel brand. The truth is that it is not yet known if it will be a model that will reach all regions or will be limited to emerging markets.

The Importance of Timesheet Software in Today's Day and Age 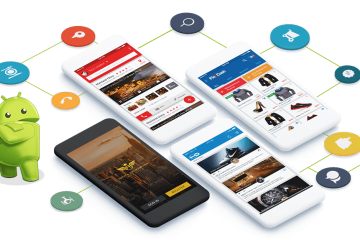